The workshops of the «4th ATHENA European University Alliance Meeting, Heraklion Crete, 15-17 June 2022», ended with absolute satisfaction, both professionally and personally, for the great success of the event that took place at the campus of the Hellenic Mediterranean University (H.M.U.). The meeting, presented the major administrative and scientific results along with an update of the extrovert profile for the promotion of the new idea of European Universities.

ATHENA European University consists of the nine (9) universities below that collaborate in the field of studies, research and student mobility.

During the «4th ATHENA European University Alliance Meeting”, one hundred (100) rectors, academic and scientific representatives of the universities, were welcome at H.M.U. and had the chance to work on the ATHENA agenda, meet Greek colleagues and enjoy the high level of H.M.U. services.

Free time activities were also planned in advance, such as:
The concert of “New Heraklion String Quartet”, the “Campus-Tour”, the “Knossos Palace Sightseeing Tour”, the “Heraklion City Tour” by the Municipal Archaeologist, Kallia Nikolidaki. On the last day of the meeting, the Rectors visited in a one day trip the “Institute of Plasma Physics and Laser” (IPPL) at Rethymno, a very promising, high technology institute, well known worldwide.

Greek Orthodox Church, Greek Parliament, Region of Crete, Heraklion and Rethymno Municipalities representatives were present at the opening and following sessions of the event.

The local press attended and published all the events which took place during the three-day meeting.

Every single day of the meeting, every single event was defined by the Cretan Hospitality (Kritiki Filoxenia) for our guests.

The Internalization of the Hellenic Mediterranean University (H.M.U.) keeps on being dynamic, ascending through the ATHENA European University. 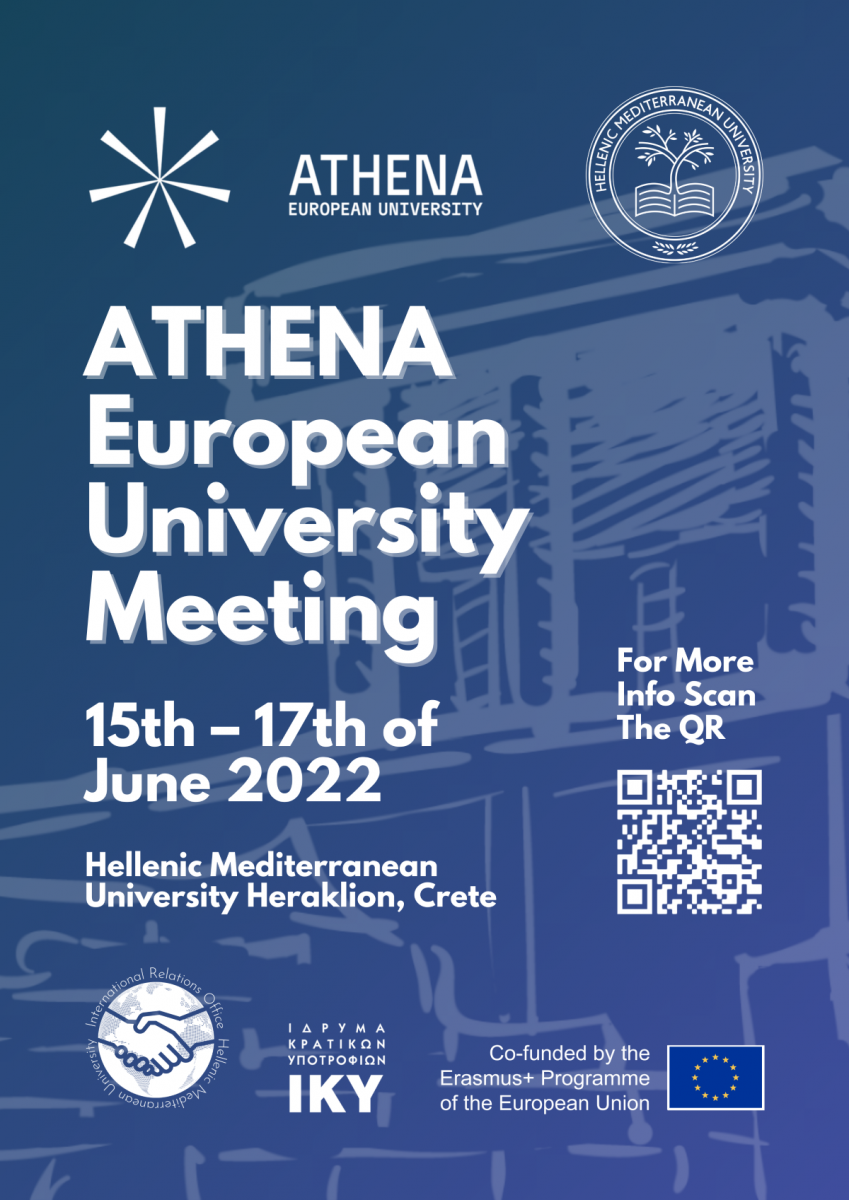