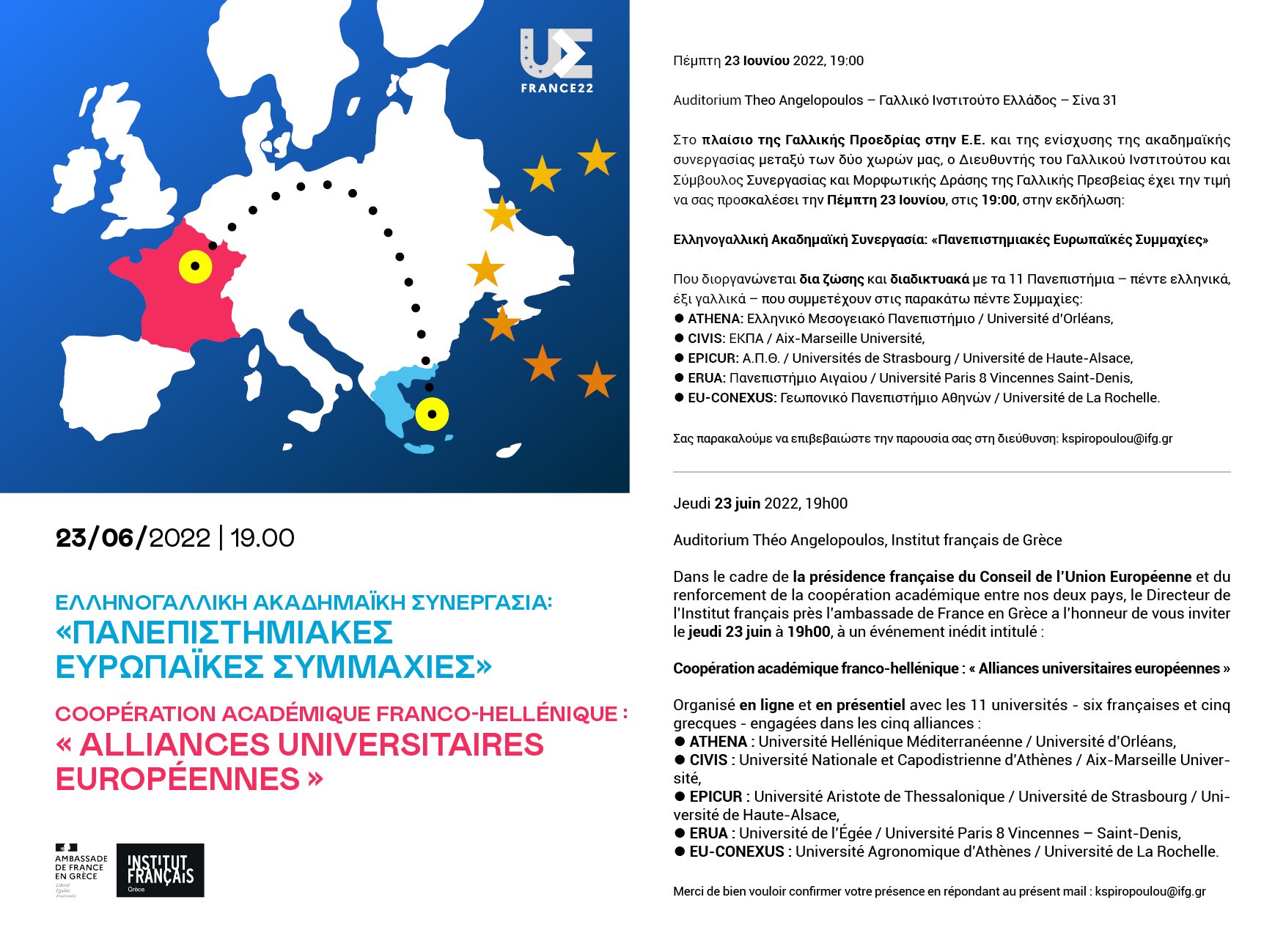 The French Institute of Greece at Athens, on the 23th of June 2022, organized an event to honor the European Universities Alliances that it participates.

The topic of the event was:

During the event of the French Institute of Greece at Athens, the ATHENA European University was presented to the audience, by Mr. Nikos Katsarakis, rector of Hellenic Mediterranean University (H.M.U.) and Mr. Costas Petridis, Academic and Scientific coordinator of ATHENA in HMU International Relation Office.

The event was lived streamed by fg.gr/live-streaming