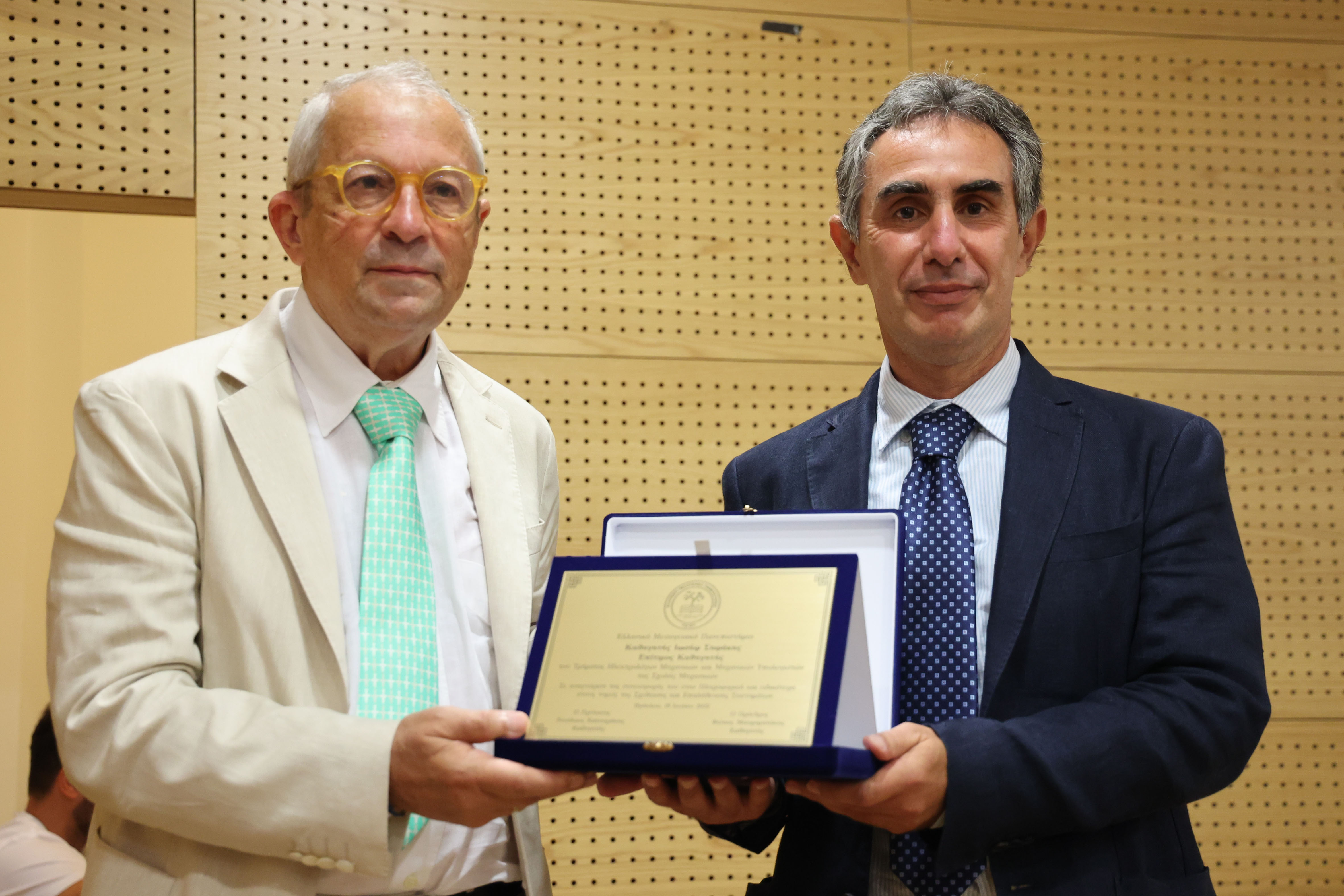 On Monday, July 18th of 2022, at 10:30 it was conducted the award ceremony of Mr. Iosif Sifakis – Emeritus Researcher of the Verimag Laboratory of the Centre National de la Recherche Scientifique (CNRS) and former Professor of the Ecole Polytechnique Fédérale de Lausanne (EPFL) – as Honorary Professor of the Department of Electrical and Computer Engineering of the School of Engineering of Hellenic Mediterranean University at the Amphitheater of Events of the School of Health Sciences at the University Campus in Heraklion, in recognition of his contribution to Informatics and in particular to the fields of Systems Design and Verification.

Iosif Sifakis is considered one of the leading scientists in the field of Informatics worldwide. In 2007 he was awarded the Turing Prize jointly with Edmund Clark and Ernest Allen Emerson, for their work in modeling. The Turing Prize is considered to be the Nobel Prize in Informatics, thus putting our country in the very small list of countries that have received this top prize in the 55 years of operation of the institution. The Cretan researcher is internationally recognized for his pioneering work in the field of System Design and Verification and is considered one of the founders of Model Control which is the main industrial method of verifying computer systems today (software, hardware and web applications).

The ceremony was attended by: His Eminence Archimandrite, Archbishop General of the Holy Archdiocese of Crete, Mr. Kounalis Nikiforos, as representative of His Eminence Archbishop Evgeniou of Crete, Mr. Xylouris Nikos, as representative of the Regional Governor of Crete, the Mayor of Heracklion Mr. Lambrinos Vassilis and the Deputy Mayor of Education, Lifelong Learning & Youth, Mrs. Stella Kalogeraki-Archontaki, the Regional Director of Education, Mr. Kartsonakis Emmanouil, the former president of the TEI of Crete, Mrs. Hara Athanasaki and the head of the Municipal Faction “Syn+PRAXI of citizens of Heraklion”, Mr. Petros Iniotakis.

On behalf of the H.M.U.the Rector, Professor Nikolaos Katsarakis, the President of the Department of Electrical and Computer Engineering, Professor Fotios Mavromatakis and Professor Mr. Athanasios Malamos. addressed and spoke about Professor Iosif Sifaki’s work and the decision of the Department.

The video of the Proclamation Ceremony is available at the following link: https://lnkd.in/dUfzzNPn 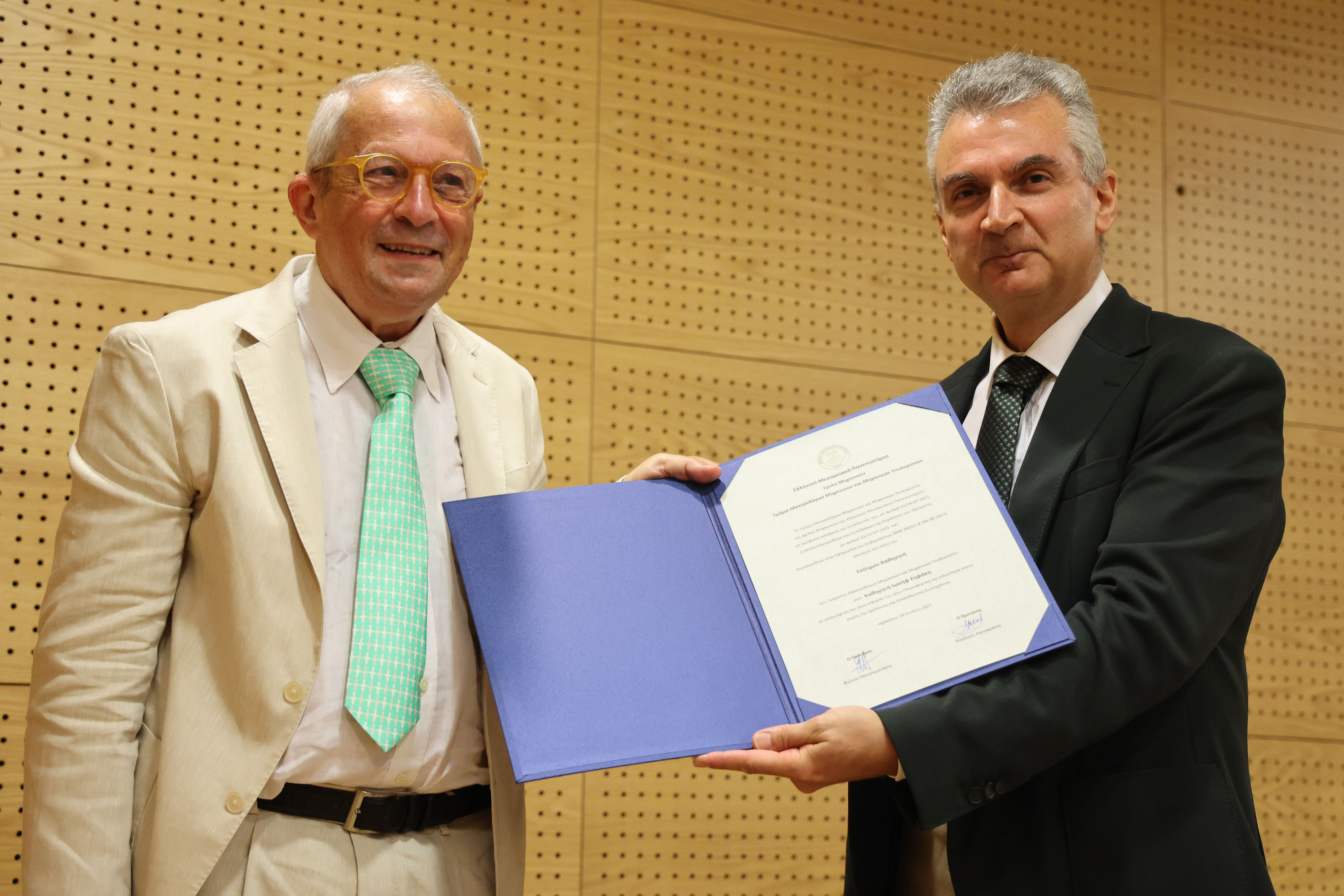 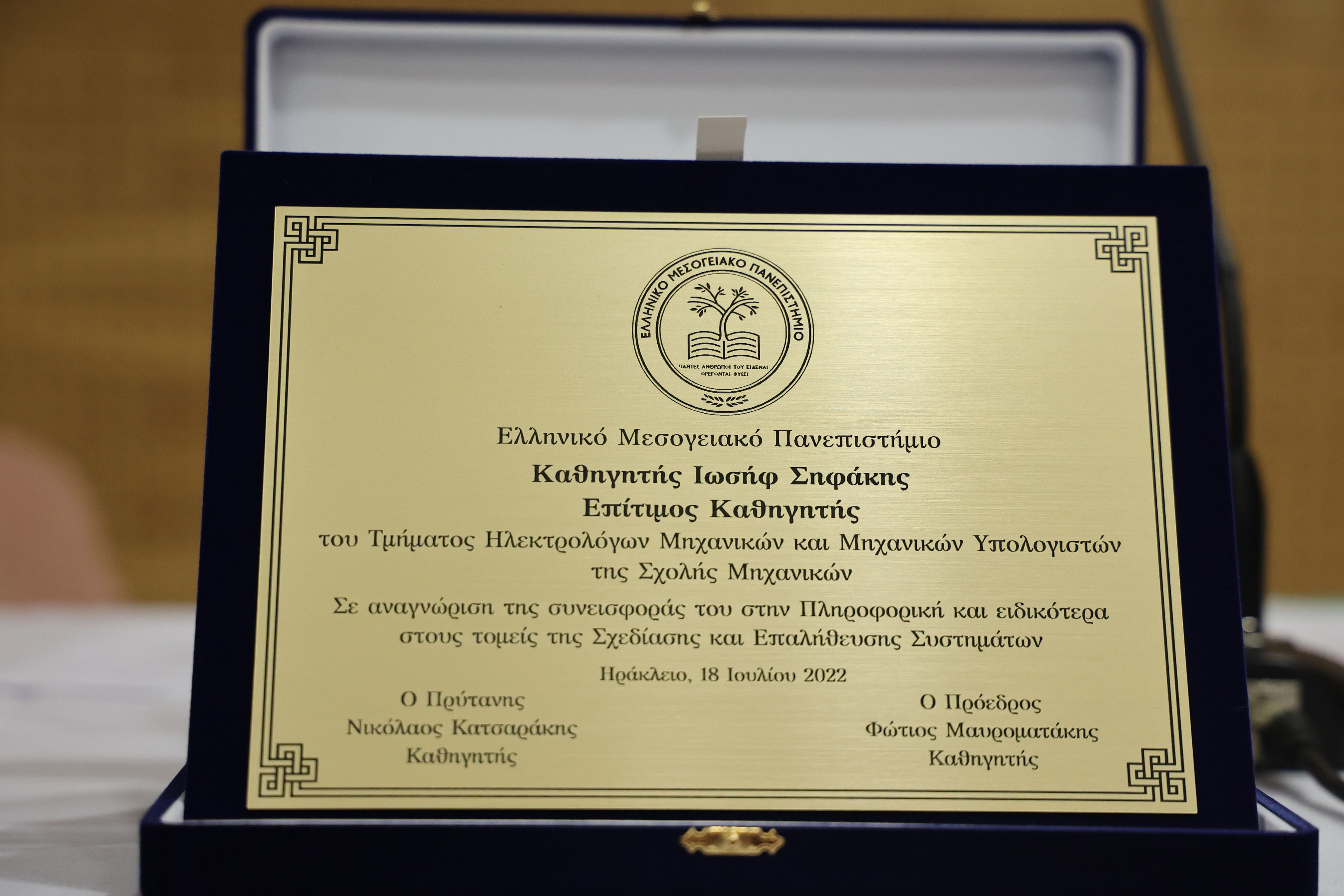 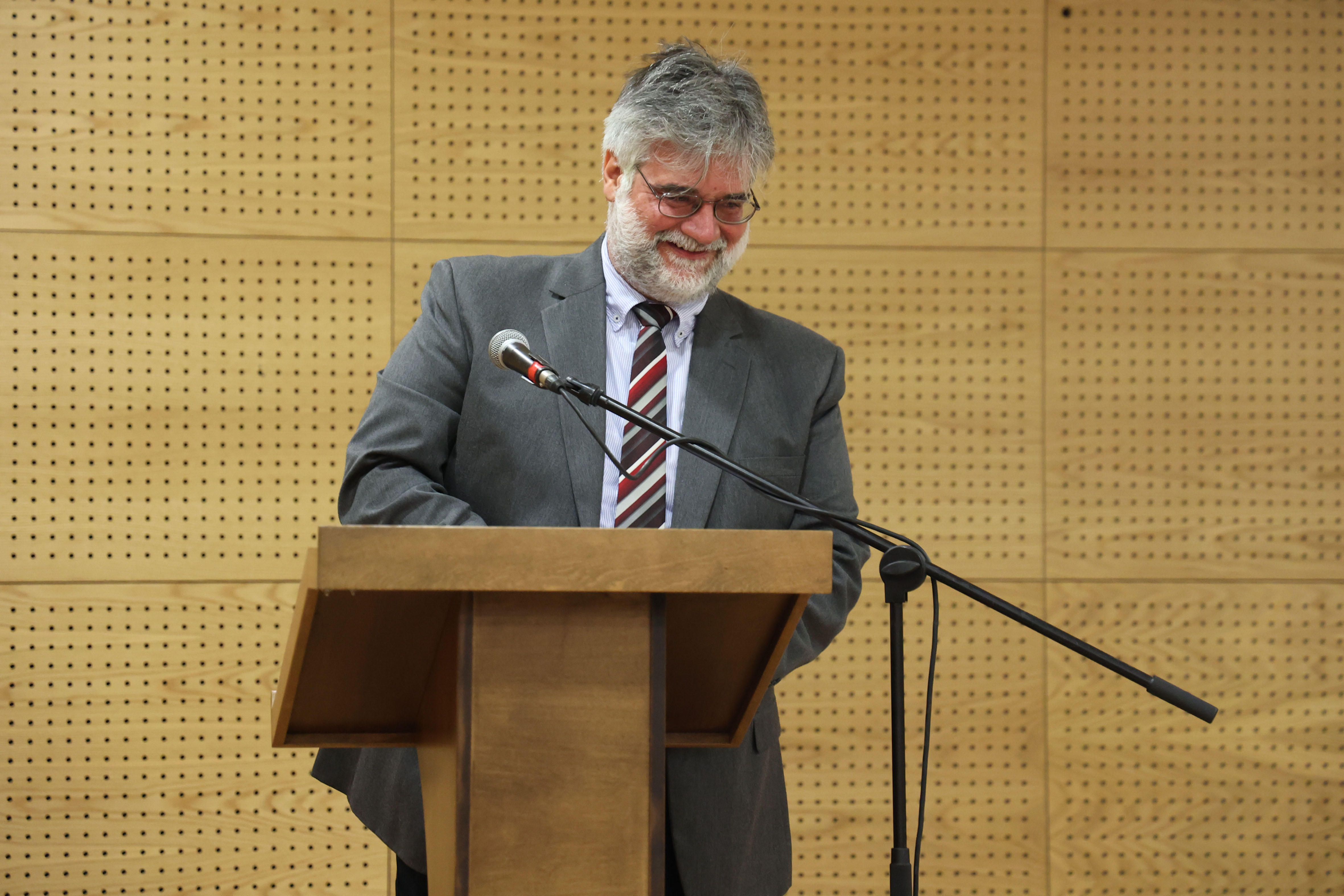 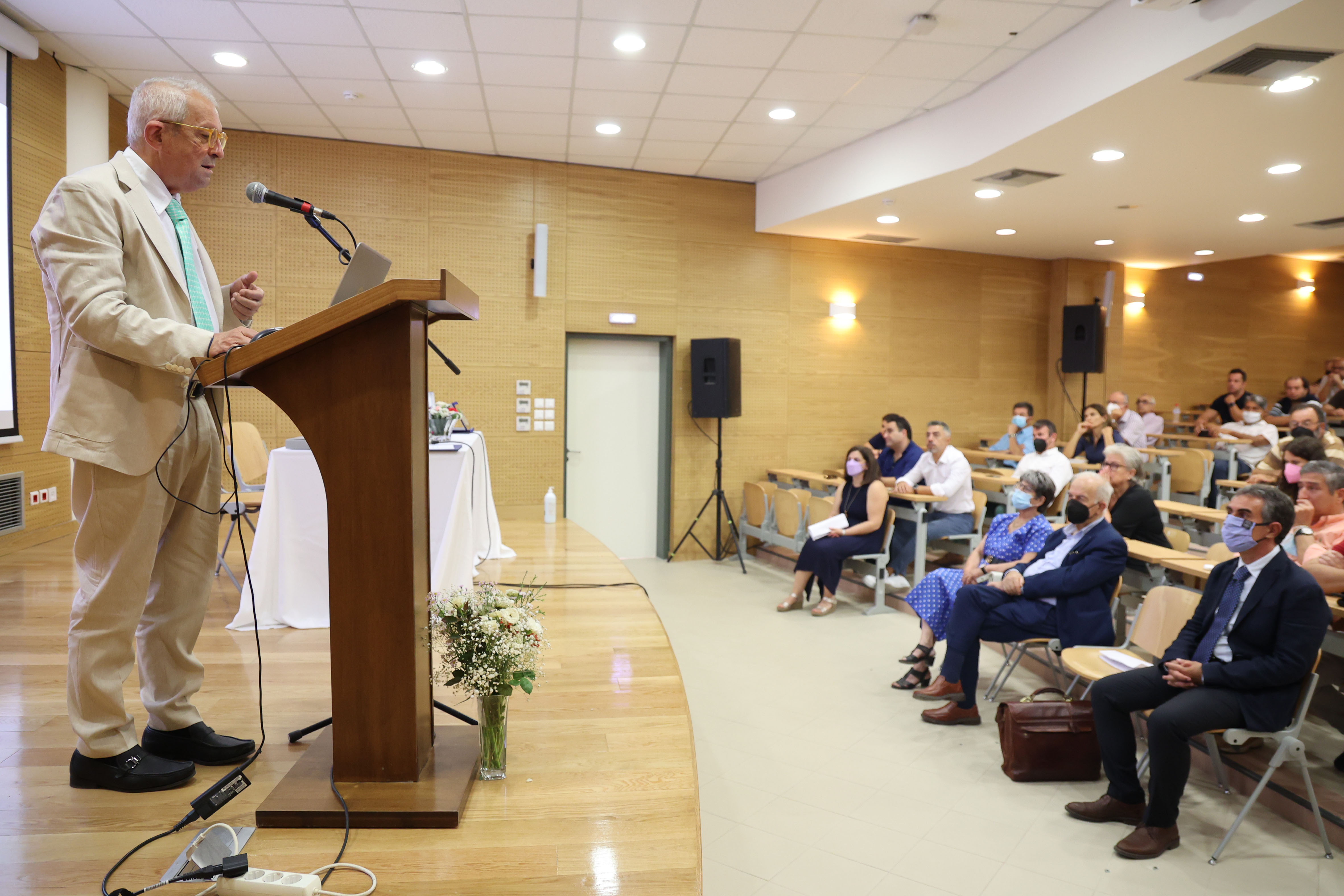